We have been operating continuously since 2000. We have obtained the status of a public benefit organization (PBO). We belong to the Federation of NGOs of the City of Bialystok. We have twice received the award of the Mayor of Bialystok – in 2011 for the project “Saturday meetings with art” and in 2015 in the category of protection of cultural heritage for the project “albom.pl” and saving the collection of pre-war photographs by Boleslaw Augustis. People of the View

The Association’s work involves specialists in various fields of art and culture: visual artists, art curators, scientists, writers, journalists, as well as social activists and educators. Some have many realizations in their track record, proving their professional competence. As panelists, they participate in debates on cultural, historical and social topics. They are invited to serve on juries of art competitions, conduct workshops and educational classes. They realize exhibitions, publish books, create performances, publish texts in the national press, and engage in international projects.

A separate part of the Association’s activities is the WIDOK Scholarship Program, implemented since 2003. We fund scholarships for gifted youth and provide recommendations to students for first-year scholarships. By 2020, we had awarded 258 full-year scholarships and recommended 16 students for other scholarship funds. Many of our scholarship recipients have achieved success in the fields in which they have excelled, such as: artistic, sports, agriculture, and politics. We are working on a new formula for the program, so that the scholarships will be profiled more accurately. We also want to make better use of the personnel potential we have. 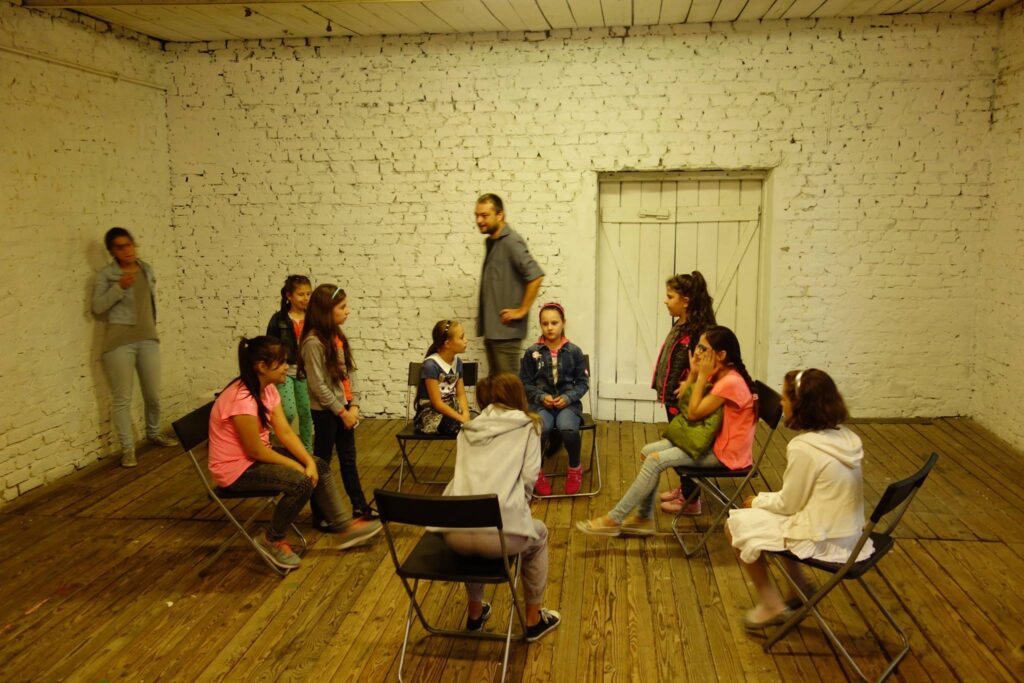 Our track record includes a number of educational projects carried out periodically over many years, in which young people from the Podlaskie region participated. We also conducted workshops for teachers and community animators. Among the most appreciated are the “Summer art workshops” or “Saturday meetings with art”, which were attended by young people and children from villages near Bialystok: Krynki, Zabludow, Michalow.

For many years we have been working to reactivate the Folk House in Sokol, which has pre-war traditions. Members of the WIDOK Association created an architectural project to renovate a completely devastated building with a great history. We also drew up a development program for the newly established institution, the ultimate running of which was left to the Municipality of Michalowo.

We undertake unconventional artistic ventures, focused, among other things, on saving the cultural heritage of the region and the national minorities living there. We have a number of photographic projects to our credit, including conducting queries and digitizing archival materials both in Poland and Belarus, producing albums and photo exhibitions. Members of the association have discovered the most important pre-war photographer of Bialystok, Boleslaw Augustis, for Bialystok residents. The View has released two albums of his photographs. The latest “Augustis 2.0” won a nomination for Polish Photographic Publication of the Year in 2019. He also made it to the finals of the PhotoEspana 2019 international competition and to the top of the world’s most important documentary photography festival in Arles. Achievements in this field are presented at www.albom.pl.

Since 2019, we have been working with the Bialystok Home Foundation to preserve the heritage and document the history of Bialystok’s largest communist-era combine, BZPB Fasty. 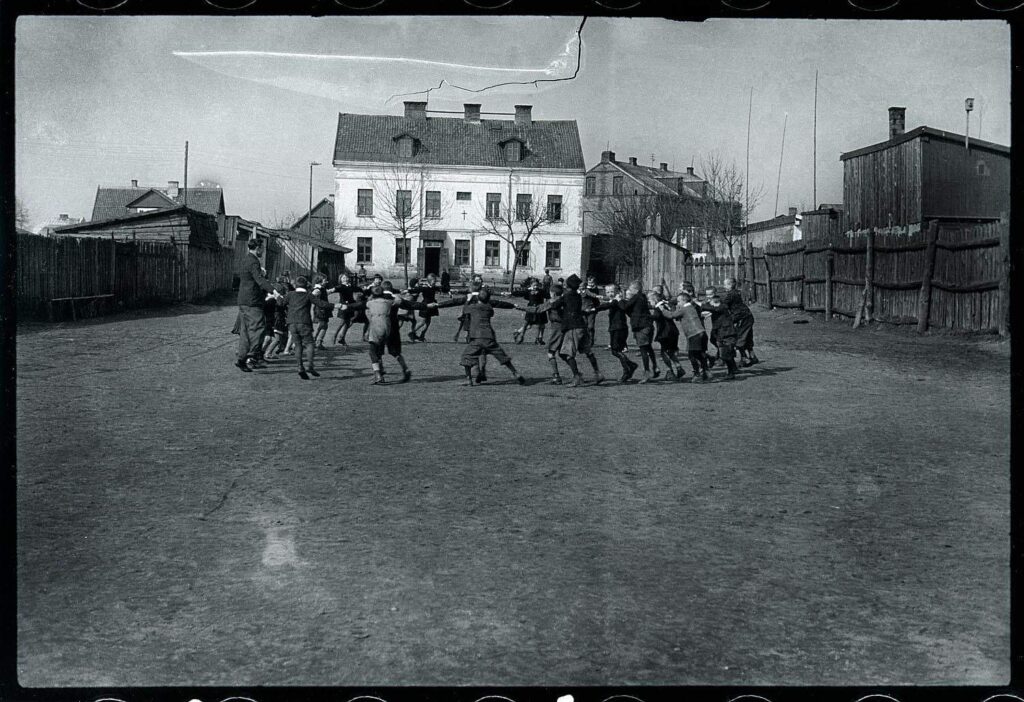 The association has spearheaded many important art events. In 2017, Widok realized the exhibition “Neighbors Went to Treblinka,” which was the first and so far only statement in the language of contemporary art concerning the memory of Bialystok’s Jews. The exhibition featured artists with roots in Bialystok, as we were keen to get to personal experiences and family stories about the Holocaust.

View has documentary photography exhibitions to his credit. “Ex Oriente Lux” (2001) was shown, among others: during the Polish Year in Paris and the InterPhoto festival in Moscow. The exhibition of archival photography “Augustis” (2005) was presented, for example, during the Month of Photography in Berlin and the Marc Chagall Museum in Vitebsk. On the basis of the collection of Boleslaw Augustis, the exhibitions “What does not die, is dead” (2016) and “In Bialystok’s gardens” (2017) were still created. In 2013, the Association carried out a project entitled: “Photographic archaeological expedition to the Polish-Belarusian borderland”. Archival photos acquired during it were presented at the exhibition “albom.pl” (2014). In addition to Bialystok, it was shown in Warsaw, Minsk, Trieste, Belgrade, Berlin, Brest, among others.

The photographic project “Mieleszki” and “The Baroness’s Dress,” carried out in small Podlasie villages, received a lot of attention. 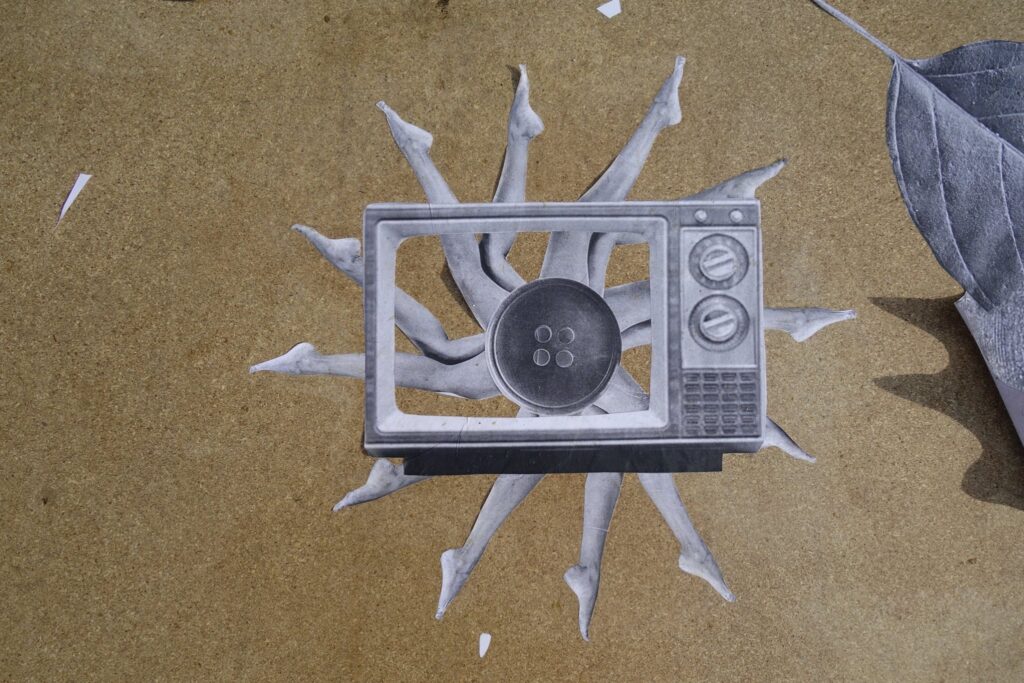 In carrying out artistic and cultural projects, we use the method of cooperation between artists and local communities to diagnose important problems, such as those concerning refugees in Bialystok. Two theatrical performances (“IMPORT/EXPORT” and “Everyone is a Player”), realized with the participation of refugees and scholarship recipients of the WIDOK Scholarship Program have been staged on many stages. ZThey have also been invited to the Malta Festival Poznan and to the Tchaikovsky Theater Institute. Zbigniew Raszewski in Warsaw. In 2014, the documentary film “Khamelesz”, directed by Bartosz Tryzna, which tells the story of the creation of the show, received an honorable mention in the competition , “Zoom on Diversity” and was shown at the prestigious Planete+ Doc Film Festival. The producer of the film was the View Association.

In 2017, in the midst of the European immigration crisis, we organized “CallAction,” a Charity Art Auction. We obtained works for auction from friendly artists. The money went to support a hospital in Syria.